- March 04, 2018
Hi everybody! It's me again. I decided to write a little bit about an important Spanish holiday coming up very soon, Las Fallas, and some of our experiences in Valencia so far.


First, Las Fallas. This is a Valencian holiday that takes place in March, between the 15th and the 19th. The holiday is to commemorate Saint Joseph, and is full of light and color. Every year artists make colorful "ninots", (Styrofoam and wood statuettes) which are joined into giant statues, each artist that participates has a statue made up of their ninots, that are places in basically every plaza in Valencia and then burned on the last day of the holiday, called La Crema (The burn in Valencian which is a similar to but distinct language to Castillian Spanish).

Starting at the beginning of March, loud firecrackers are set off at two o'clock of every afternoon. (And people through town set off their own all day and night). If you want to learn more about Las Fallas the link to the article is HERE

We decided not to be here for the main part of the holiday because of the noise, crowds, and giant amounts of smoke, but we did go to a museum that had one ninot from each artist, (ninots that weren't too big, but really cool,) and allowed us to vote for which one we think deserved to be saved and not added to that artist's statue for La Crema. We each voted differently. The one my mom voted for was the Dia De Los Muertos one in the picture above. I voted for two dancers and Naomi voted for two little girls climbing a bookcase. Our dad didn't vote. We had a really good time.

When we arrived we were struggling to find our car rental place, until we realized that by the time it said for when our reservation was, the place was closed. We waited in a 30 minute line to get a taxi. Once we got in the taxi we told the driver the address of the complex we were staying at. He said he hadn't heard of the address. We showed him where the address was on google maps. He responded, "Es en Valencia?" ("That's in Valencia?") sounding very confused. The fact that where we were headed was not known by a taxi driver, concerned me. We had to use google to give us the exact directions which we said out loud to the driver. When we got close, he said to get out there. We got out and walked in the pouring rain for about 5 minutes to get to our apartment, which was actually in a rather busy area. Once we got in, we were impressed by the size. It was about as big as our apartment in Sevilla. 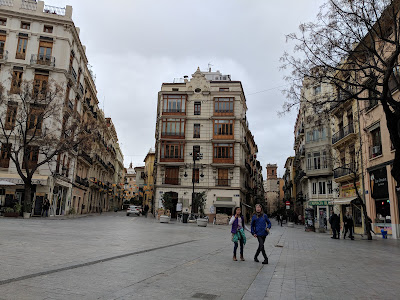 The next big thing we did was going to a very cool park. The park used to be a river, but was converted in to a big park. We biked there. We went to an awesome playground based on the story of Gulliver, a man who was searching for an island but found tons of little people who captured him instead! It was an awesome park!!!

While we were biking, somehow my vest bounced out of my basket without me knowing. Once I had realized, we were far away and had returned our rental bikes. We ran back and retraced our steps. After a long search of where we were, we walked back a little ways, and saw a woman carrying it! We ran up to her, and she told us she was taking it to the lost and found. We thanked her, and headed for the museum. 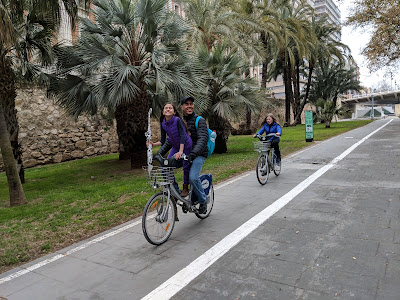 Once we arrived to the area of the museum, we were dumbfounded by the intricacy of each building in the area. Before we even entered, we were amazed by the complicated design of each building. It almost looked like a movie scene. 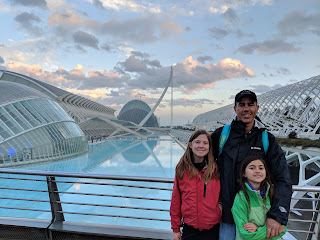 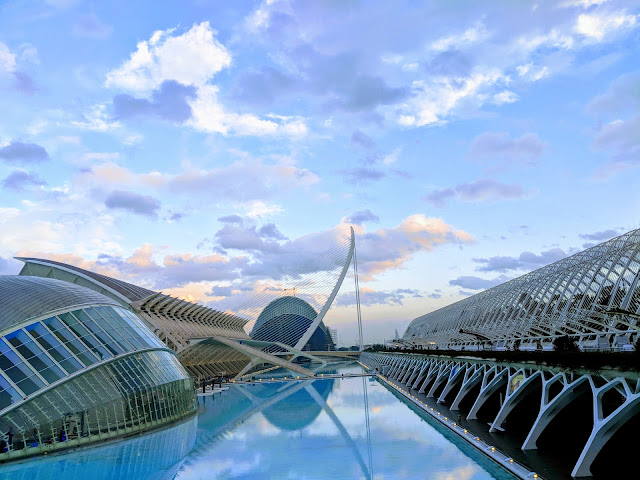 I talked about the museum earlier, (the museum is the white building on the left,) earlier, so bye I guess <3