Malaga and the Costa del Sol

- March 08, 2018
Hi all. Catching up with another mini-trip we took from our home base in Sevilla: Malaga, a quick drive by tour of the Costa del Sol, and a visit to Arcos de la Frontera.

Malaga
This was our first visit to the Mediterranean sea.  February isn't really known for its beach weather, but kids are seemingly immune to cold when there is sand and sea water involved. 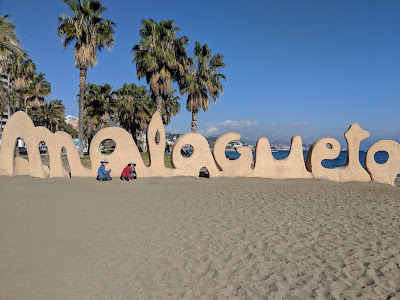 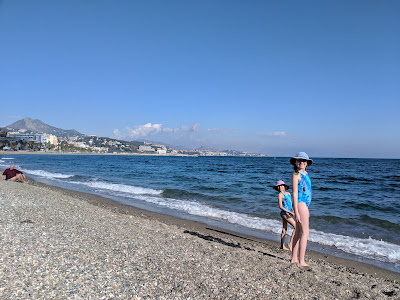 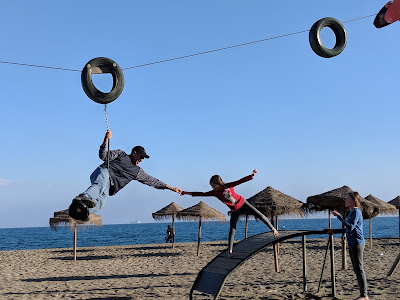 In addition to beach time, Malaga has a very interesting "one armed" cathedral and an impressive Picasso museum (Malaga is the birthplace of Picasso).


But, overall Malaga did not enchant us (well, at least the parents. The kids liked it much better).  It was overall a bit grittier, dirtier, and less impressive than the other cities and towns we have visited.  The port area, where cruise ships stop, is shiny, new and a bit glamorous, but generally uninteresting except for the kid's play areas).

(This is Aviana: Naomi and I really liked Malaga because of the awesome amount of parks and cool things, and the beach especially. I just wanted to add this to make sure you can form your own opinion on Malaga because Naomi and I just thought it was EPIC!!! And also it had an EPIC supermarket with the 2nd best thing I have ever eaten, 1st, my Grandma's cranberry cookies, 2nd Dark Chocolate covered almonds, and 3rd Mashed potatoes.)

There was a fun, huge, Ferris wheel that gave us a great view of the whole town, and a beautiful green strip/park that runs along the port that we enjoyed.  Overall, the highlights were definitely the beach and the Picasso museum, but two nights was plenty and we were ready to head back to our beloved Sevilla. 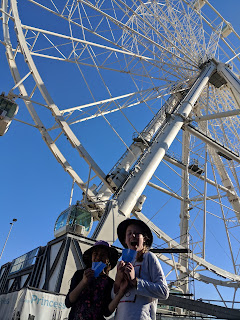 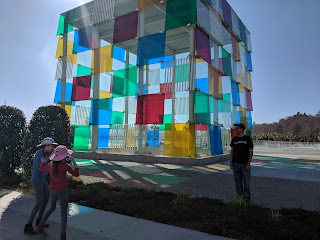 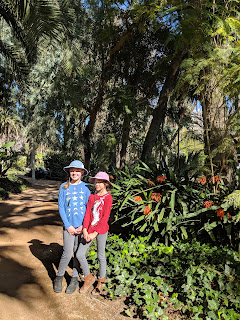 Costa del Sol
On our drive back from Malaga we decided to take a detour to drive along the Costa del Sol (or as I call it the Costa sin Soul).

This famous, over-built, touristy, slightly glizty, popular, very ex-pat filled strip of sunny coast is definitely not our scene, but we figured we could drive along the coast to see what it was like.  It was basically exactly as expected. Many high rise hotels, t-shirt shops, restaurants with menus largely in English, etc.  It looked almost exactly like a string of nice typical touristy beach towns were copy/pasted on to the Mediterranean coast.

We did manage to find a nearly empty stretch of beach between two of the resorts to take a walk, eat sandwiches and look through thousands of sea shells scattered on the sand.  The girls were thrilled to actually see shells on a beach since our visits to California and Hawaii have been nearly shell-free. 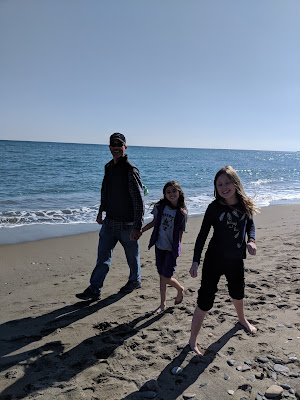 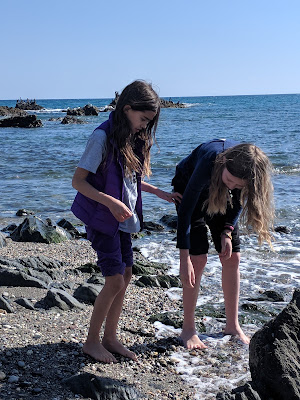 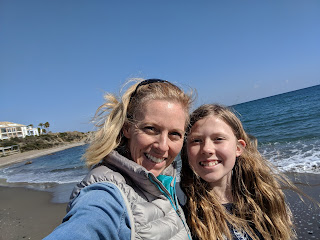 Arcos de la Frontera
We made one last stop on our way back to Sevilla.  Arcos de la Frontera is one of the many beautiful Pueblos Blancos dotting the Andalucian countryside, and is particularly picturesque.  We only had time to walk through the narrow streets and see a few of the major sights, but it was definitely worth the stop.  We then returned to Seville for our last week (!!!) before heading off to Valencia. 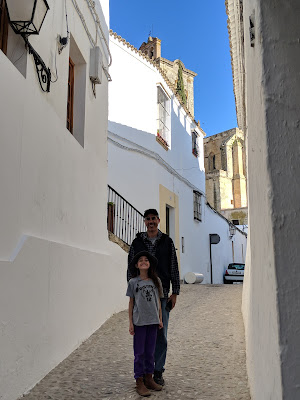 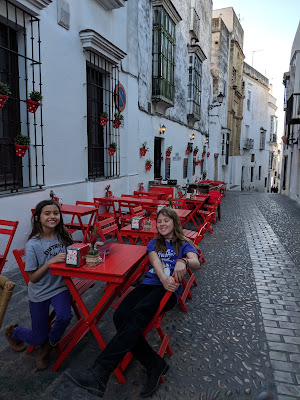