Aviana's Overview of Toledo and Segovia 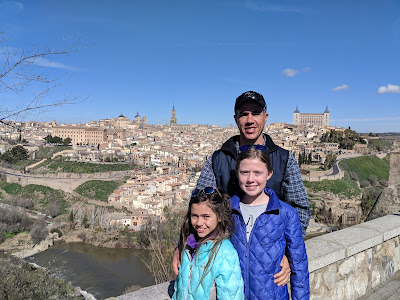 Hi everyone! I just wanted to say a few things before we get started with the story. First, the English closed captions on our first video have been completed! (Yay!) and video #4 (about Plaza De Espana) is also closed captioned. We are working hard to finish so that all of our English speaking peeps can understand the topic of our videos! :) Now on to the story! Today's topic is Toledo and Segovia, two smaller towns stemming off Madrid. We went to Toledo first, and we were very exited to see it because that is where some of our family's ancestors are from! It was one hour long drive more or less, through a beautiful part of Spain full of open meadows and vegetation. We drove around the outside of the town before actually entering, but once we entered we were amazed. Toledo We parked in a small parking area and hopped out from the car. After reading the first Harry Potter book, Naomi and I both were exited to see sticks just the right size to pretend they were ou
1 comment
Read more

Our Last Week in Sevilla 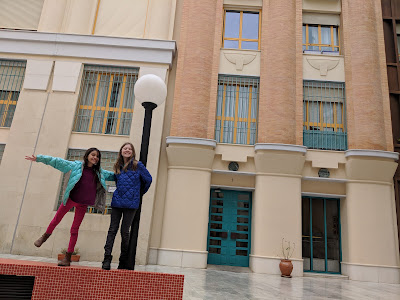 I am filling in some details that we skipped over, so this is going back in time a couple of weeks, back to our final week in Sevilla (the last week of February). Courtyard of our home in Sevilla We have, for quite a while, had a loose plan to move our family to Spain to live for a year while the girls were young.  This shorter version of that plan came into being quickly last spring, and staying a year requires significantly more planning and preparation.  Because the vision of living in rather than traveling through Spain was ingrained in us, we wanted to pick a home base.  I ended up choosing Sevilla because of a few factors. Weather : though unbearably hot in summer, Sevilla is one of the sunniest places in Spain in January and February. Language : though not as clear as the Spanish spoken in Madrid and the surrounding areas, everyone in Sevilla speaks Castilian Spanish.  Though Barcelona and Valencia were possible contenders, both have their own languages interfering wi
Post a Comment
Read more
More posts