Our Last Week in Sevilla

- March 18, 2018
I am filling in some details that we skipped over, so this is going back in time a couple of weeks, back to our final week in Sevilla (the last week of February). 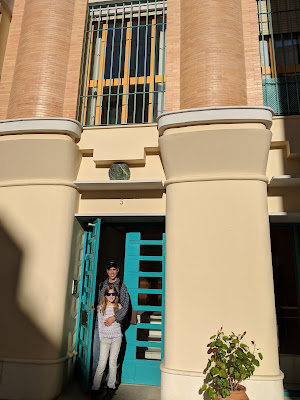 We have, for quite a while, had a loose plan to move our family to Spain to live for a year while the girls were young.  This shorter version of that plan came into being quickly last spring, and staying a year requires significantly more planning and preparation.  Because the vision of living in rather than traveling through Spain was ingrained in us, we wanted to pick a home base.  I ended up choosing Sevilla because of a few factors. Weather: though unbearably hot in summer, Sevilla is one of the sunniest places in Spain in January and February. Language: though not as clear as the Spanish spoken in Madrid and the surrounding areas, everyone in Sevilla speaks Castilian Spanish.  Though Barcelona and Valencia were possible contenders, both have their own languages interfering with our goal of solidifying the girls' Spanish and improving mine. Location: As a central spot in Andalucia it was easy to set up a home base and travel to other cities, and the coast, from there, without having to break down camp and re-set up in each town.  Sevilla shined in all of those ways. 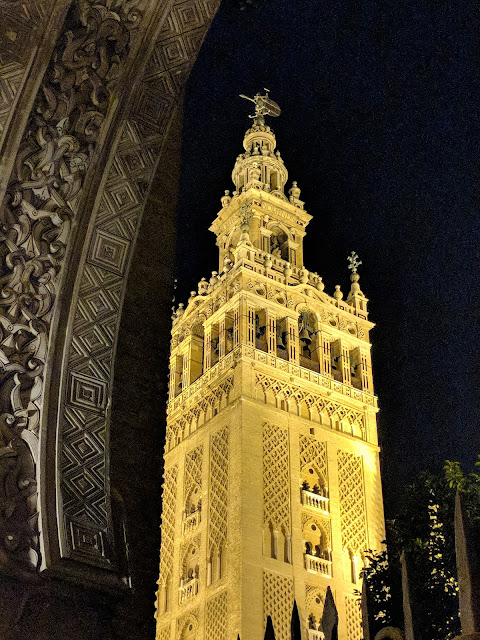 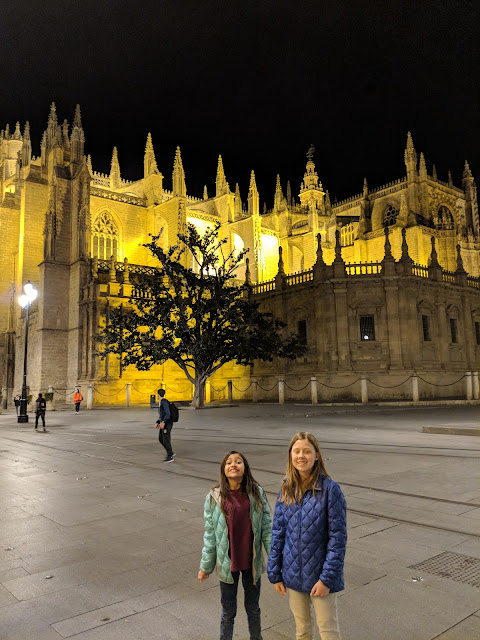 Neither Nick nor I were especially familiar with Sevilla prior to this trip.  We had both visited there only briefly before, with his home base in Barcelona in grad school and mine in Salamanca in undergrad we had each only taken short trips there to see the main sights.  I wasn't sure how it would withstand a 6 week stay, but it turns out we all loved it. 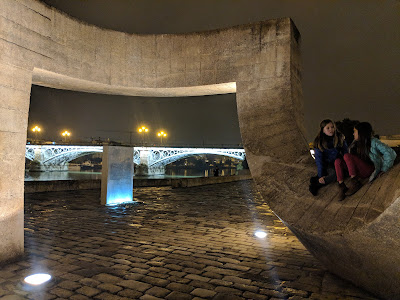 Maybe it was because we got to know it so well, and maybe it was because our time there really did feel more like we were living there, since our schedule was relaxed and we weren't running from one tourist-filled sight to the next, but so far, without question, it is our favorite of the places we have been in Spain.  That said, I would never want to visit in the Summer. But if we find ourselves with another opportunity to "winter" in Sevilla, I would take it in a heartbeat. 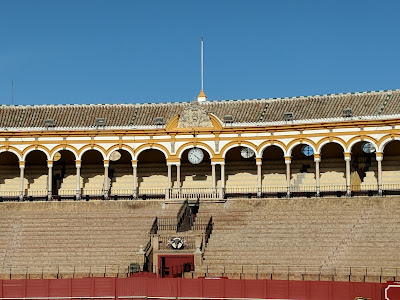 Our last week in Sevilla included a visit to the Plaza de Toros (the bullfighting ring). There were no bull fights this time of year (phew!) so it was just a tour of the ring and the on-site museum. Both were fascinating and worth the long wait in line. 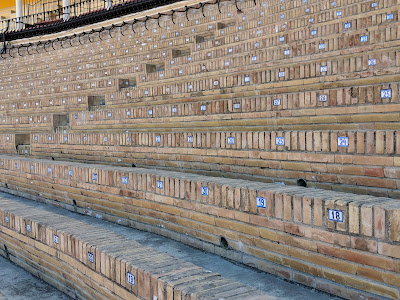 We learned about the history of bull fighting in Sevilla and a bit about the technicalities of where the bulls, horses, torerros, etc. prepare for the fight before entering the ring. 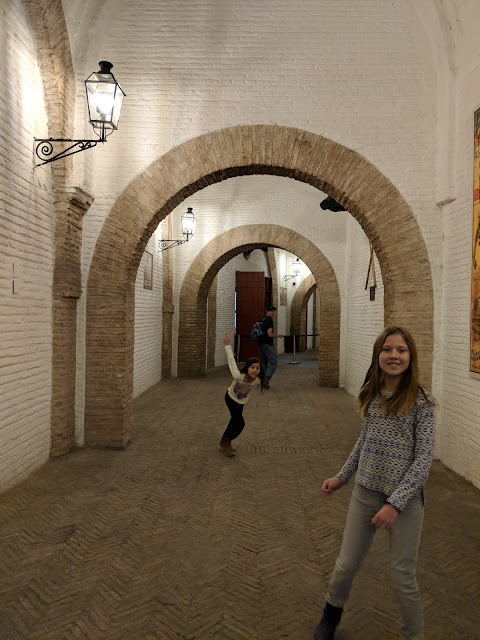 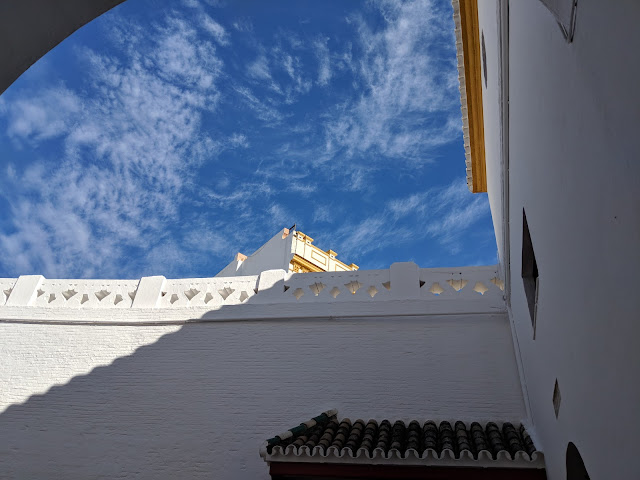 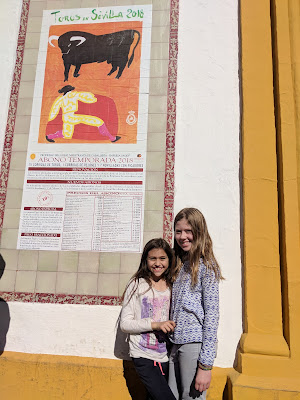 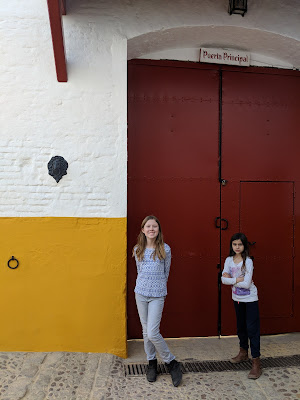 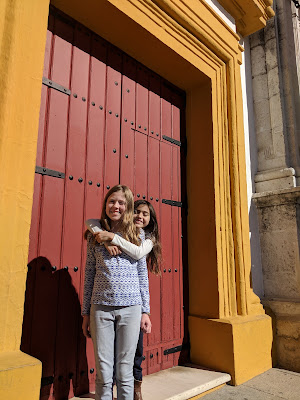 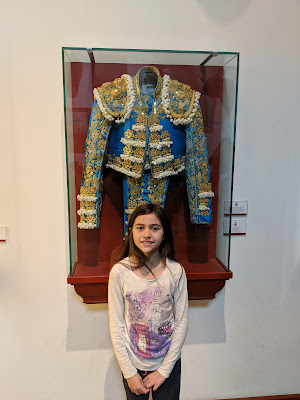 We took a cooking class where we made marinated olives, tortilla de patata, albondigas (meatballs), and crema catalan (similar to crem brulee). We all agree that the tortilla we made in class was probably the best one we have had on our whole trip (hard to know if it was because we had an emotional attachment to it or not).  The kids loved that they got to blow torch the sugar on top of their own crema catalans. 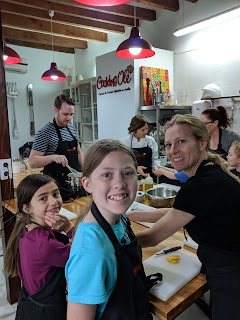 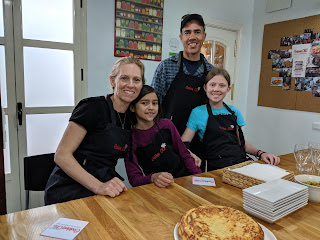 The other family that joined us also had two kids (younger than ours) and were spending two months in Spain. They were formerly Mormon, with family in Utah, and the dad had been on a mission in Spain. It led to some interesting conversations during chopping, stirring and sauteeing. 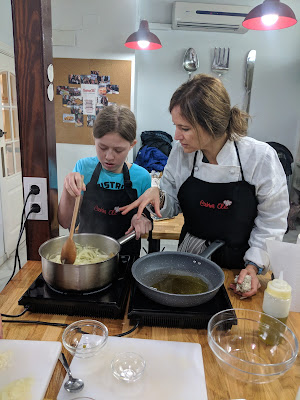 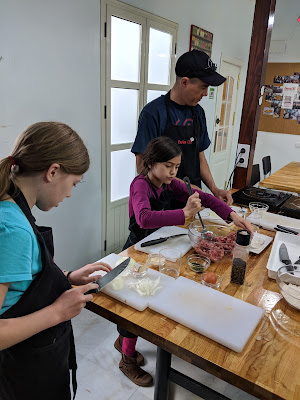 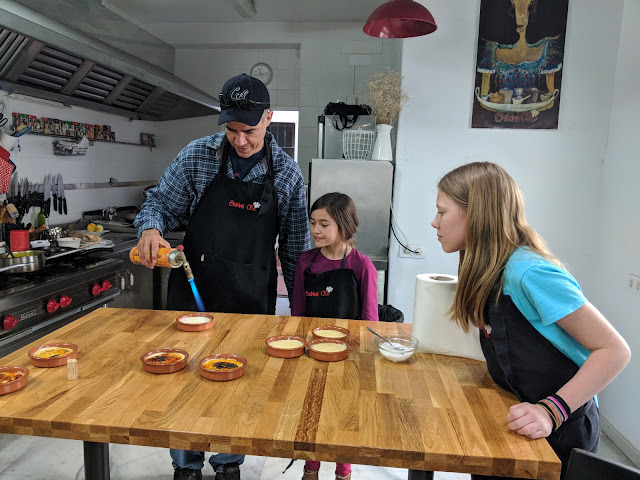 Final spin around town
We were excited to continue our trip outside of Andalucia and to see more of Spain, but we all felt sad to be leaving Sevilla.  I like to think we will all get to come here again together some day, but life has a way of getting in the way of things like this, so for now we will hold on to our amazing memories of our time in Sevilla. 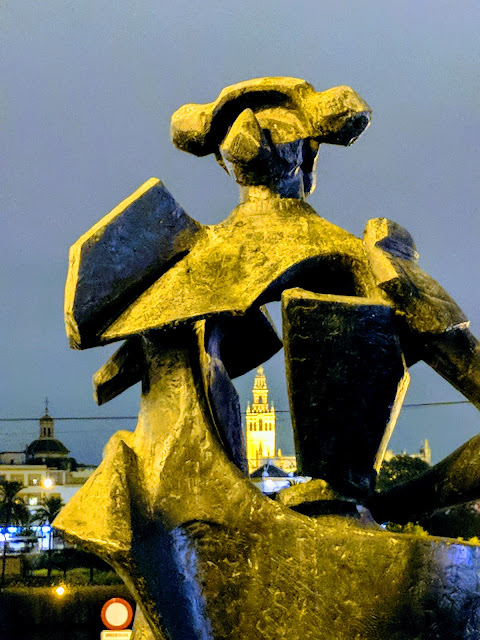 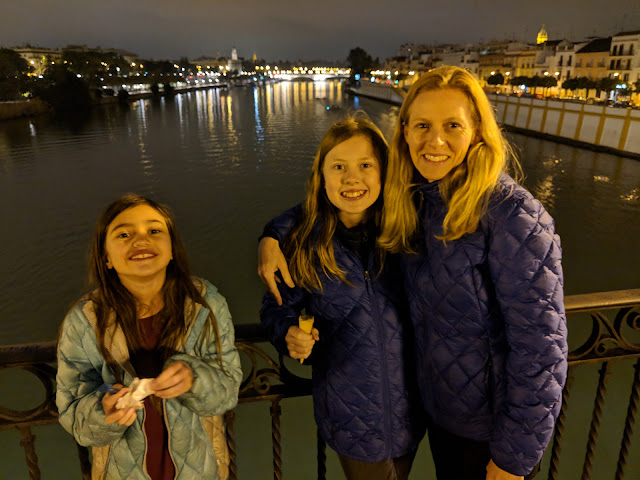 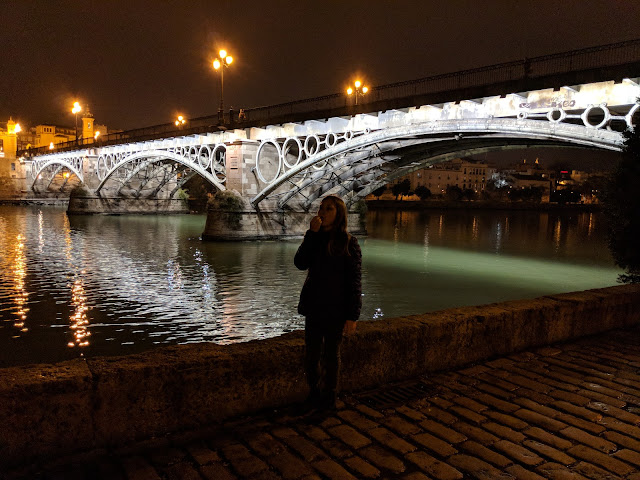 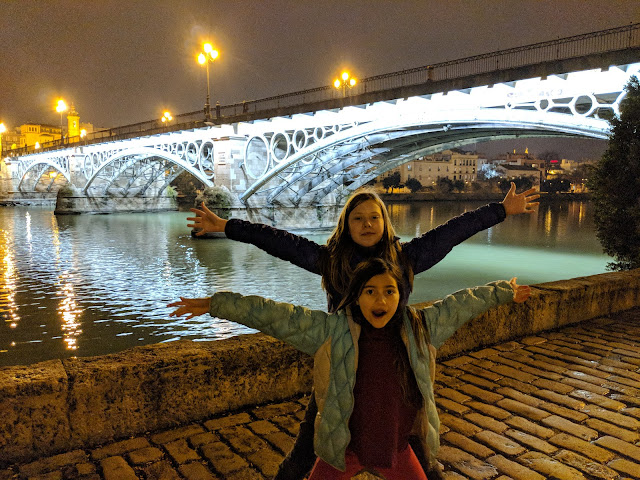 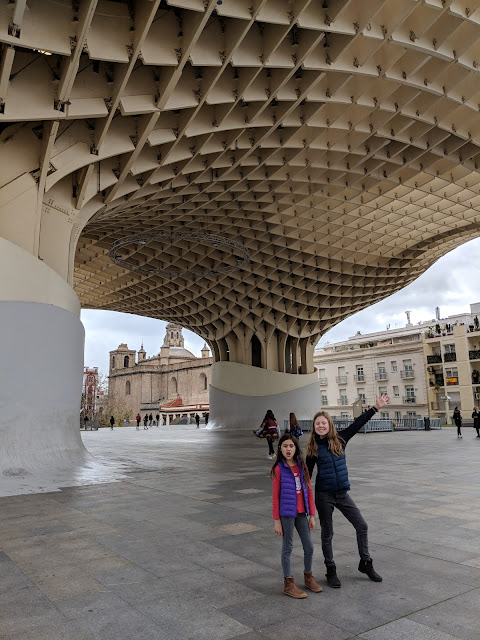 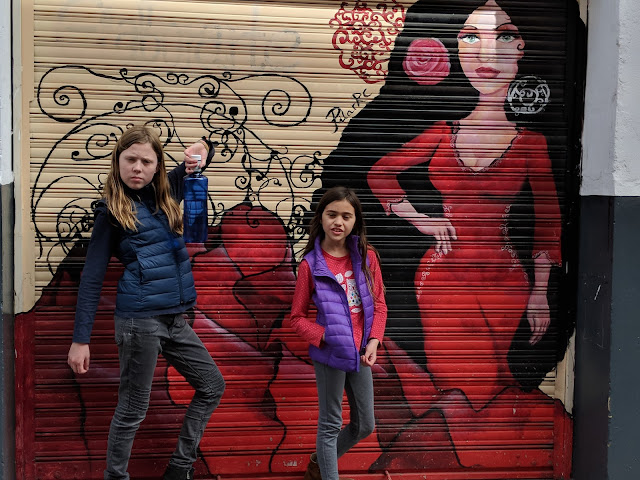 And so the end of our time in Sevilla came.  We all miss it already!  After Sevilla the next month brings us to Valencia, Madrid and Barcelona before we end our dreamy tour and head back home.