Bikes and the Plaza de Espana in Sevilla (and Video #4)

- February 03, 2018
The girls' fourth video is ready re: the Plaza de Espana in Sevilla.  Read below for more updates.


Highlights of the last few days in Sevilla have been our visit to the Plaza de Espana and bikes! We have walked many miles in Sevilla, back and forth across the Triana bridge, up and down the river bank and weaving through the labyrinth of tiny streets.  Enough of that!  Now on to faster transportation: bikes.  (We are still walking a lot, of course, we are just traveling longer distances). 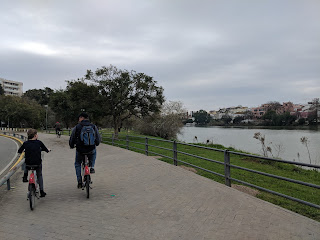 Sevilla is ranked as one of the best cities in the world for bicycles. And for good reason. There is an extensive network of bike lanes all throughout the city, separated from traffic.  They are either in the street but separated with a curb, integrated into the wide sidewalks, or completely separate from the streets on bike lanes near the river or on pedestrian/bike only roads.  Also Sevilla is basically flat as a board, so no sweat-inducing hills to climb.

There is also a vast network of city sponsored bike rental stations where for a weekly (mostly visitors) or yearly (mostly locals) fee you can pick up bikes from any stop and return it to any other throughout the city.  Cool!  The one thing that is completely absent from the Sevilla bike scene is bike helmets.  I think I have seen three helmets since we have been here, two of which were clearly on tourists. We of course did not bring helmets in our one carry on bag each, so we have had to jump into the local custom and just take extra care not to incur traumatic brain injuries.

One of the places we visited on our bikes is the enormous and impressive Plaza de Espana.  It's main function seems to be simply as a tourist attraction, but it is certainly for good reason that tourists go. It is stunning (there was also a movie being filmed while we were there). 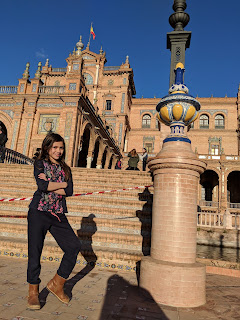 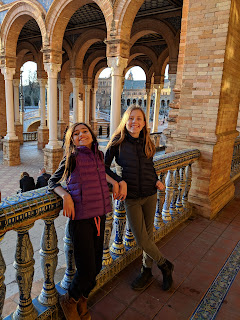 The girls rode on a little pony-pulled wagon around the plaza and the afternoon light was perfect for photo taking. 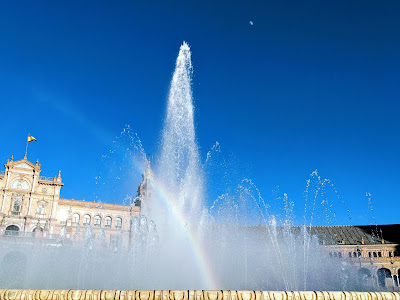 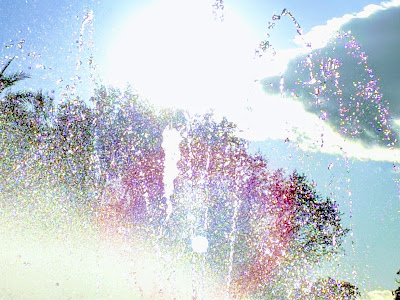 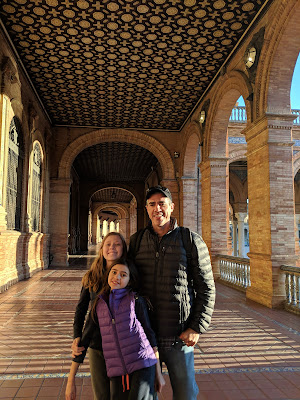 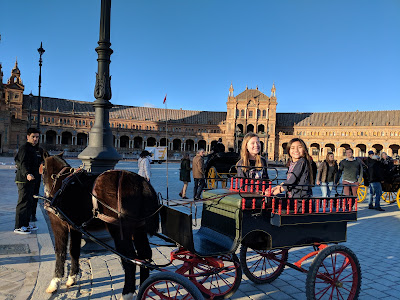 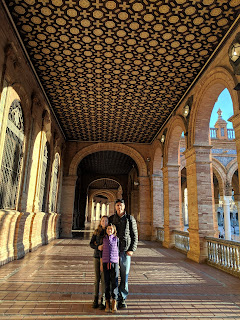 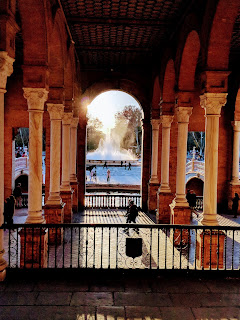 A scene in Star Wars: Attack of the Clones was filed here (with Anakin and Padme) so that added some excitement to the visit for the girls.


To round out the last few days, we also ate too much ice cream from the heladeria right near our apartment and watched Ferdinand (in Spanish of course). Based on the famous book, the movie is set in Spain about the sweet bull who doesn't want to fight but ends up in the ring in Madrid.  Lots of great scenes of Spain, including Ronda where we are headed next week. 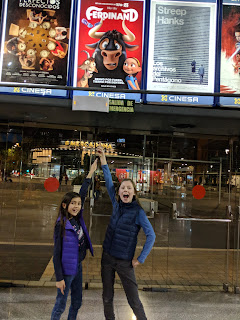 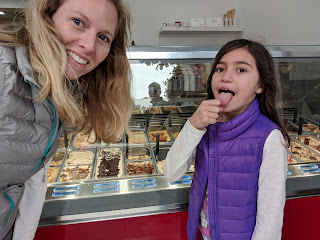 Later this week we are renting a car and heading off to Granada for four days to see the Alhambra (yay!) and to Ronda (first time for us).