- February 14, 2018
Hi everyone! This is Aviana. I am going to talk about our experiences at the Caminito del Rey and in Ronda.  But first, I wanted to say happy Valentines Day! I hope you all have a great one and get and give lots of love. <3

First, travel. The drive from Granada to Ronda was short, about 3 hours, but since Naomi and I weren't allowed to use any technology, it felt like forever. We slept for most of the drive. After two hours, we got to Caminito del Rey, an awesome hike high above a chasm with a river in the bottom. At the start we were super psyched because of all the delicious snacks we bought prior to the hike. We also got our camel back Water-thing-pouch filled up there. Naomi and I were SUPER exited! We were somewhat (OK more than somewhat) bothered by the fact that there was a steep about 1.6 mile hike leading up to the start of the real thing. I was straggling behind the pack as usual, so to keep myself motivated, I grabbed a stick and threw it as far as I could ahead of me, and then ran to grab it. As soon as we got to the start of the real thing, where we were told to put on cafeteria lady-esk hair nets and branded helmets, Naomi promptly threw my stick off the cliff.

Once we started walking on the thin paths, suspended high above the bottom of the chasm, Naomi and I were terrified, but got more terrified after we tasted the water, which tasted like bleach! We were scared that we had been poisoned by that store dude and Naomi said she felt like she was going to throw up! After that fiasco, (We were told that bleach is used to sterilize water in emergencies and is OK to drink if it's just used like that) We started for real. 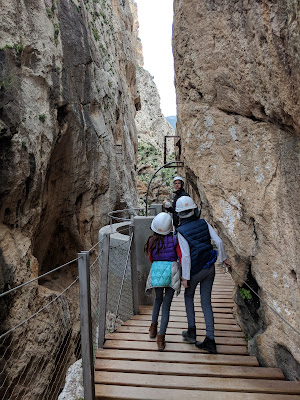 We were blown away by the height and amazingness of the place. Naomi and I saw that the old path, which was supported by thin beams, was falling apart and off. It was scary sometimes, but ridiculously cool. we snacked on mentos and nut mix, and Naomi almost touched a poisonous caterpillar, and at this point I felt REALLY sick, (Still dunno why) 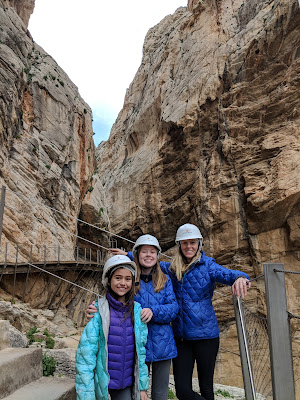 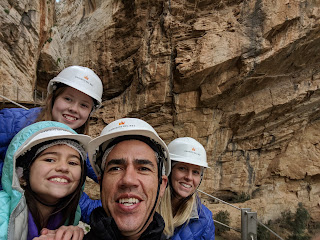 After that we moved on to the coolest part, the bridge. It was a suspension bridge above the channel. It swayed a lot as we crossed it, which was concerning, but cool. We then got to the end (We thought) of the walking. Then apparently we had to walk another 2 miles or so to get to a bus to take us back to our car. 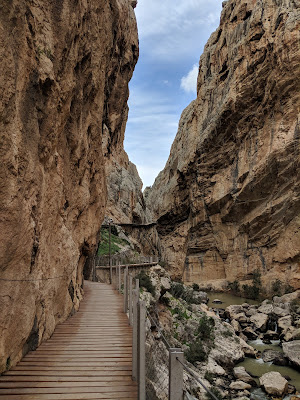 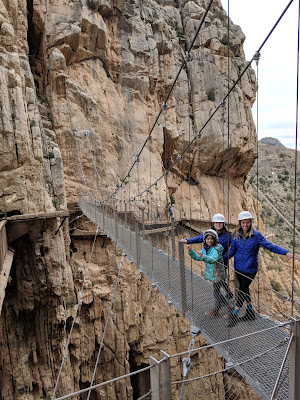 Once we got back, it was off to Ronda.

RONDA
When we arrived, a nice woman showed us the apartment, which was kinda small, but very nice. We were happy when we saw that she had left us with a WHOLE PACK of oreos! (Yum!) We quickly were drawn to the balcony with an amazing view of Ronda. (That's where we were standing in the intro to the Plaza de Espana video). We were only going to be there for 1 full day, but we still didn't do much the night we got there. We had Homemade burgers and went to bed satisfied. The next morning we were out and about super early, and didn't come back until dinner. We went to an amazing tapas restaurant and had very weird things. (Ox cheeks, octopus tentacles, carmelised foie gras, etc.) which to my surprise all tasted really good! We crossed a very famous bridge and caught a lot of Pokemon. It was very fun and cool. Later that day we saw this really cool Arab baths thing, with beautiful ceilings and brick walls, and I read an amazing book called Scorpio Races that I got for Christmas. (Seriously. It is AMAZING, and made me cry twice.) Later we went to this weird museum thing about historical stuff , ate yummy Spaghetti and meatballs for dinner, and returned to Sevilla the next morning. 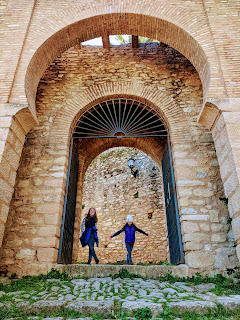 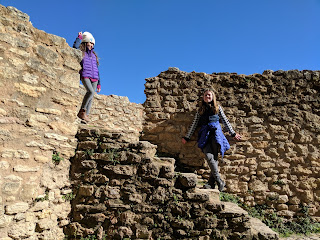 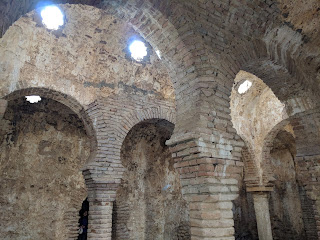 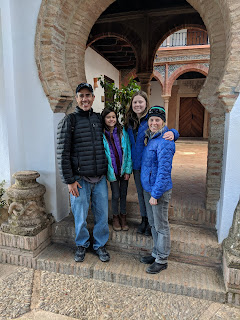